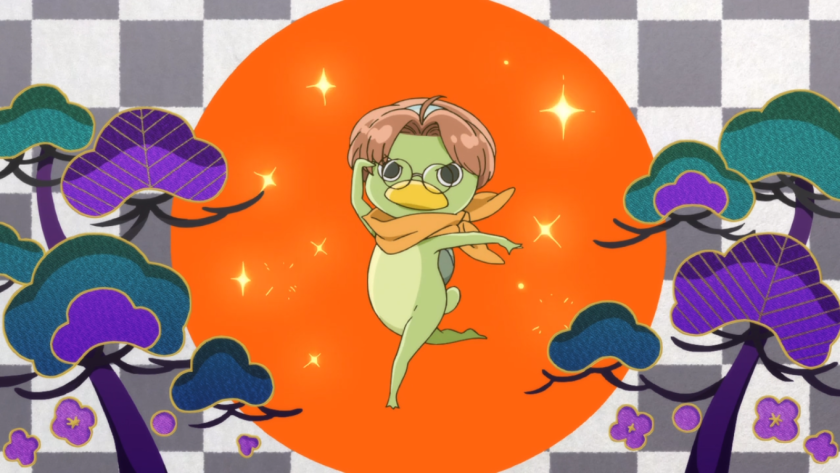 In liue of some weakness and foggy-headedness from poor nutrition, I haven’t felt up to writing individual episode reviews this week. So I’m opting instead to write a brief bit about the episodes that came out this week that I’ve been reviewing this season. That includes Bungou Stray Dogs, Carole and Tuesday, and Sarazanmai. Midnight Occult Civil Servants will air Sunday, so I’ll try to have an episode review up on Monday. Alright then!

Due to a sports event and its TV coverage in Japan, this episode has been delayed by a week. It should be available on some streaming sites on Tuesday June 11th. I’m expecting Saitama to give the Monster Association a real butt-kicking!

This was amazing episode. The four singers/groups on the Mars Brightest show were all interesting, and the Mermaid Sisters in particular were absolutely hilarious! I will be singing their song every morning from now on. ♫♪ F***ing Bullsh*t… ♪♫ As for the other entries, my favorite was actually Cybelle’s song in French. It was so damn sexy! I love her! Second best was Angelica’s song, “Move Mountains,” and that was also stunning. It’s the one that won the show, of course. The interactions between Tuesday and Cybelle were a treat for this yuri fangirl.

Wow! This was an intense and gripping episode. There were a lot of death scares. I didn’t foresee any of what happened with Toi and his older brother. Chikai is a horrible person and a raging psychopath, but maybe everyone has at least good feature, and for this guy it’s his love for his little brother. I am glad kappa-form Enta is ok for now, but he’s operating on a time limit. Kazuki’s talk with Haruka was so heart-warming. I wonder how Enta, Keppi, and Kazuki are going to get back the dishes. Things are getting interesting with Reo and Mabu, too, and it’s revealed that the “Usooo” otter spirit is an embodiment of the desires of Reo. Fascinating.

I’ve got mixed feelings about this episode. The big fight I had hoped for didn’t happen, but there were plenty of other action scenes. The visuals, on a few parts, were not as good as I have come to expect from BSD, but I still enjoyed every bit of it so there’s no real reason to complain. I’m very impressed by Fyodor and by Rampo as they played this battle of wits together. I’m excited to see what will happen next, and why Fyodor wants so much to kill one of the bosses. Also, the cello piece of music was beautiful.

Like OPM season two, this has been delayed for one week. It will be available to watch on Crunchyroll on Friday June 14th.