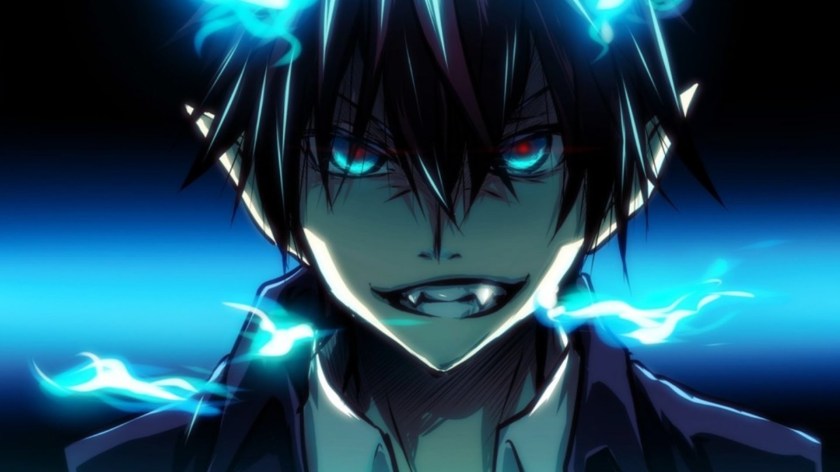 Let’s take a look at some examples of ISFP anime characters! Feel free to discuss these choices, but keep it polite. ISFP stands for Introverted, Sensing, Feeling, and Perceiving. People of this type need their time alone, are more interested in practical applications than ideas, rely on their feelings and personal values, and require a laid-back lifestyle where they can be spontaneous.

As far as cognitive functions, an ISFP primarily uses Fi and Se. The first one (introverted feeling) meaning that their rich internal minds are focused on how to live according to their values and emotions. The second one (extroverted sensing) refers to the way they take in the outside world according to their literal senses.

The strengths of the ISFP, according to 16personalities.com, include being sensitive, imaginative, passionate, curious, and often artistic. Their weaknesses include being extremely independent, unpredictable, easily stressed, and too competitive, with self-esteem that tends to fluctuate.

My personal perspective is that the ISFP has a strange mix of qualities. On the one hand, they are bold, stubborn, and individualistic. On the other hand, they are sensitive, caring, and often quiet on the outside. More than anything, they are determined to be their true selves, even if others perceive them as overly emotional. Now that you have a feel for ISFP personalities, let’s dive into the anime character examples.

Akira shows the dichotomy of the ISFP tendencies quite well. He is part Devil, seeking adventure, thrills, and sensory pleasure. But he is also a gentle, loving young human who is quick to cry and has great capacity for empathy.

Blue is one of the most interesting characters from the underrated masterpiece anime Wolf’s Rain. She grew up thinking she was a Dog, only to be awoken by a special encounter that made her realize she is more of a Wolf. Blue is extremely loving and forgiving toward her loved ones, and she forms new attachments easily. At the same time, she’s badass, strong-willed, and loves being her newfound, true self.

Chinatsu is adorable on the outside, but has a much darker, more human self underneath, as all the girls in Yuri Yuri know. She’s stubborn, jealous, needy, and often bad-tempered. But one thing is for sure: she adores her Senpai, Yui, and would do anything for her. Chinatsu also enjoys art and creative projects, though her unique style tends to put others off.

The textbook ISFP, Eren fights with all his might for a world where he can feel free. He’s rough around the edges and easy to rile up, but in general, he cares about others. His few close friends are, to him, more valuable than his own life. Some perceive him as a stubborn, insane emotional wreck– which may be true given his past trauma. Still, Eren has an undying thirst for adventure, self-expression, and individual freedom.

One of the quieter ISFPs on this list, Haruka is a bit distant with others, and may seem at first like a pushover. But his incredible willpower and determination are not to be taken lightly. Haruka likes to do things his own way in the fashion that best suits him — for example, he can only perform well in freestyle swimming, as opposed to a more structured type.

Kallen is an iconic character not only due to ridiculous fanservice but also due to her fiery personality. She’s stubborn as a mule, courageous, strong-willed and yet independent rather than bossy. Kallen can be sensitive and form attachments easily, and often, her emotions are a mess. Not even she can make sense of them. But that’s part of the beauty of this feisty girl. To Kallen, freeing her people from tyranny and avenging her brother are top priorities, but even more important than that, she needs to make sure she never feels boxed in.

Though more of an introvert than many on this list, Mirai shares similar qualities and personality traits. She might be on the border of ISFP and ISFJ, since she very much values duty and loyalty. But at the end of the day, I think, Mirai needs to self-expression and the ability to be who she is; otherwise, the weight of duty will crush her spirit.

Rin is a stubborn, short-fused boy, but really tries his best with whatever is assigned to him. He could never be happy with a normal life, so he’s thrilled to start training as an exorcist. He’s driven by the desire for vengeance on Satan and the Demons who caused the death of his father-figure and so many others. Rin’s emotions are pure and simple, and he can be truly caring; it’s just that the weight of concealing his true self causes him much mental strife.

Here is the ultimate example of the ISFP’s complete refusal to conform to standards and norms that others want to place upon them. Ryuko is a proponent of “rules are made to be broken.” She needs to find herself and connect with others who will accept her without trying to change her. I’ve written a character analysis of Ryuko if you are interested in knowing more.

Most of the notable traits of the ISFP can also be seen in Saya, the heroine of the underrated and obscure anime Blood+. She reminds me most of characters like Kallen and Eren, who are driven by unbending determination and powerful emotions, yet also led astray too easily by those same traits. Saya is kind of an emotional wreck, but she’s lovable in her own ways.

Mashiro is a bit difficult to type, since she also has developmental issues influencing her behaviors. Many ISFP are great artists, and Mashiro takes the cake for this trait. Whether it’s fancy European-style paintings or expressive Japanese manga, she creates art in whatever she tries (except perhaps cooking). She is unusual and quirky even if you don’t count the developmental issues. And like a true ISFP, what Mashiro needs most is to be herself.

Here’s an unpopular opinion to rile you up: Shirou Emiya is an awesome and admirable young man. Despite being hated by the majority of Fate franchise fans, Shirou holds his ground as one who is strong, caring, stubborn, altruistic, and most of all, faithful to himself. It’s no use trying to change Shirou. He’ll still press on with own strong ideals and dreams.

Here is an interesting case where the ISFP main character is very popular, mostly thanks to the way the show frames him to match the main themes of living freely and with your own sense of what’s cool. Despite its great popularity, Gurren Lagann (and instead Simon) tends to rub me the wrong way by going overboard with the ideas of living freely to the point of selfishness and absurdity. In any case, Simon is a good example of a more even-tempered ISFP.

Tatsumi is one of the more cheery and balanced ISFP characters on this list. At Night Raid, he’s found a place where he can fight for what he believes in and be himself. Though he really wants what’s best for everyone, Tatsumi isn’t afraid to shun society and work from the shadows.

Much like Taiga, Yuu is cute and very feisty.

Thank you for reading!

If you enjoy Anime Rants, consider giving me a little help with a donation. 🙂