Good day, everyone. I hope you’re well. Episode 22 felt very long, but in a good way. A lot of interesting events and insights were included. So, here are my thoughts on these matters.

The point was reestablished and strengthened that Yuki thinks of Tohru as a mother figure. Kakeru suggests that a romantic relationship could work even with those kinds of feelings, but Yuki says he doesn’t want to be with Tohru romantically. He notes also that Kyo properly sees Tohru as a woman, and that she seems to like him, too. It was nice to see Kakeru, Yuki, and Kimi bonding and fooling around like good friends.

Next the episode switched gears to focus on the upcoming Cinderella play. There’s plenty of humor with Tohru not being able to play the mean stepsister. Ayame and Mine visit the school to take measurements for costumes for everyone. They also decide to rewrite the script somewhat to make the story easier for those who’ve been miscast. In the middle of the fun, Yuki goes to look for Kyo to ask him to return to rehearsal, which the redhead has been skipping.

A dramatic confrontation between the two unfolds. Kyo is riled up at Yuki for mentioning the hat instance when they were children again. When Yuki says to stop sulking, Kyo loses his temper and yells at him. From the redhead’s view, Yuki is a spoiled Prince who always had everything he wanted, while Kyo suffered without his parents and as the rejected monster of the Zodiac.

Kyo has a strange flashback during the fight, where he remembers a woman telling him that he must actually like things this way, because otherwise there would be nobody for him to hate. The woman looks and sounds like Kyoko, Tohru’s mother. This is awfully strange and mysterious. The memory makes Kyo mad enough to punch a hole in the glass window. He storms away.

There is a brief moment here that I really loved. Yuki is approached by Machi and a younger girl working on play decorations. The younger girl says Yuki should have been cast as the prince since he is the most princely person she can think of. However, Machi quietly says that Yuki is not princely at all. As she walks away, Yuki stares after her, not at all angry, but surprised intrigued. This is when I realized that the show is probably setting things up for Yuki and Machi to be an item! The idea is great to me. I ship it.

Kyo is able to calm down after meeting Tohru in a quiet room and leaning on her shoulder for comfort. He agrees to do the play, for her sake. Tohru is blushing when Kyo pulls away. Looks like she really does like him, and is just starting to realize it.

That’s it for now! Thanks for stopping by Anime Rants! 🙂 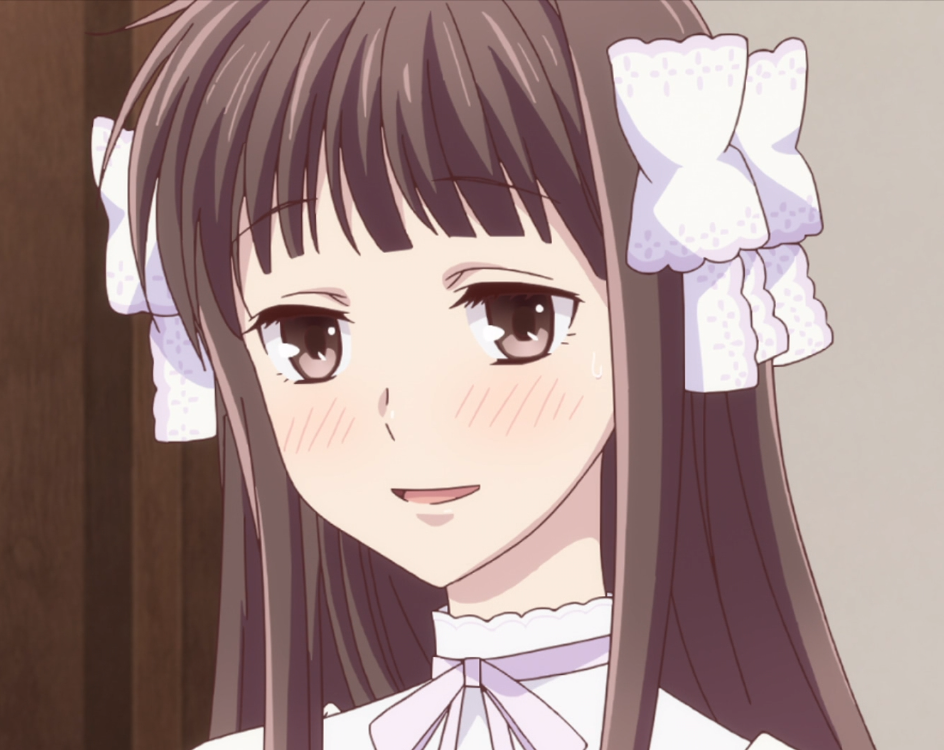