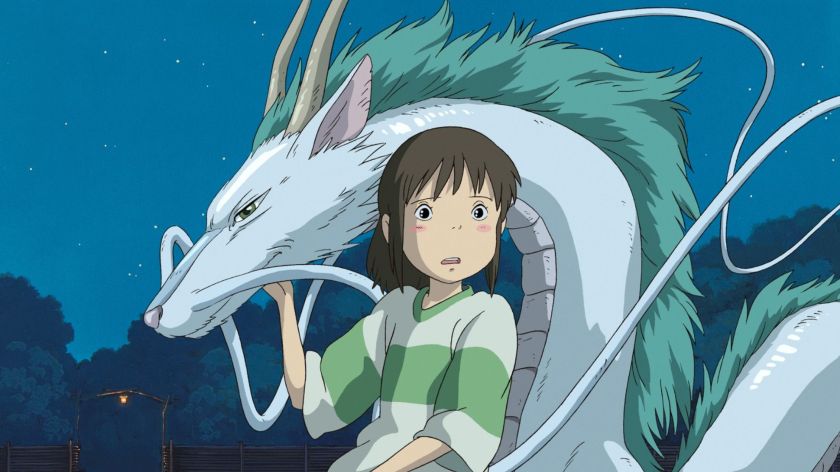 Ready, set, RANT! This week’s Sunday Select examines my favorite anime series from both 2001 and 2003. Entries are listed from least to greatest personal enjoyment. In these entries, I don’t include long-running or continuing anime. That’s why you don’t see classics like One Piece and Detective Conan among my choices. Usually I don’t count movies either, but this time I have very few entries to work with, so I’ve included two movies. Now then, let’s get started.

Shadow Star NaruTaru aired in Summer 2003, animated by studio Planet, and directed by Toshiaki Iino. I have a review of the series here if anyone wants to check it out. My personal enjoyment for this series was 7/10, surprising since there is relatively little substance to the show beyond edginess. Still, I do think there are some slightly deeper themes to be found here.

Bee Train is a studio I’m fond of that came out with several similar anime in the 2000s. They all feature leading, bad-ass female characters, including mercenaries and assassins. The first of these to be made was Noir, airing in spring 2001. Two women with amazing killing abilities find themselves connected in strange ways. Together, they’re out to find the truth about themselves and about the legendary assassin team, Noir.

This classic shoujo anime focuses on a cheery, polite girl named Tohru and her interactions with the mysterious Sohma family. The series was remade in 2019, and as of 2020, a second season is airing and continuing to follow the manga. The beloved “original” Fruits Basket anime aired in summer 2001 and was made by Studio Deen.

This anime film is a favorite of mine, telling the story of three homeless friends who happen to find an abandoned baby. It was released i November 2003, directed by Satoshi Kon, and animated by studio Madhouse. My enjoyment level would definitely be 9/10.

I doubt an introduction is needed for this famous, award-winning film directed by Hayao Miyakazi at Studio Ghibli. The movie was released in July 2001. Young Chihiro has moved to a rural town and before long wanders into the territory of spirits. She’s stuck in the spirit world, working at a strange and magical bathhouse.

This entry and the next are just about tied in terms of my enjoyment of them. Kino no Tabi or Kino’s Journey is a 10/10 for me in this sense. The 13 episode anime aired in spring 2003. I want to eventually analyse each episode, but as of the posting date, I have only written a review of Episode 2 as well a general series review. The story focuses on Kino, the non-binary traveler, and their adventures with Hermes the talking motorcycle. As they explore many different lands with different stories and quirks, a lot of classic and profound themes come to light.

This is the other case of an anime with 10/10 personal enjoyment. Wolf’s Rain is about a small pack of magical wolves in search of Paradise, the heavenly world promised only to wolf-kind. Their world is dark, cold, and dying, but they still find ways to fight the despair. I have a series review here as well as a discussion of themes in the show. Wolf’s Rain aired in winter 2003 and was animated by Studio Bones.

And folks, that’s about it for this week. I hope you enjoyed your time here at Anime Rants. Take care and come back again soon! Thanks.

Other Posts in This Series

Help out Anime Rants with a small donation.